Protection of the Almond Blossom, Mallorca

Mallorca is the largest of the Balearic Islands. The subtropical climate provides the Island with an average of eight hours of sunshine per day. Almost three quarters of Mallorca are agricultural land but only every tenth person works in agriculture. The tourism industry is the key source of income and attracts travelers all year long. Besides the summer season, February is a popular travel period due to the almond blossoms. The almond plantation of the project sponsor is located in the bay of Alcúdia in the north of Mallorca.

The tradition of almond cultivation on Mallorca goes back to the middle of the 19th century. The fruits are of exceptionally high quality and were valued as such all over the world. But now the traditional almond cultivation is in danger. A few decades ago there were many businesses on the Island but between 1960 and 1970 California started to cultivate almonds in monocultures with enormous watering and chemical fertilizing systems and the Majorcan almonds were pushed out of the world market.
No Majorcan farmer could compete with the dumping prices of Californian almonds because with mixed plantation and without automatic watering systems and fertilizers the harvest per tree is significantly lower. The traditionally grown Majorcan almond ensures a high quality, a higher percentage of oil and a far better taste. Still, by degrees, the almond plantations were turned into firewood since the farmers could not live of the almond growing anymore. In the past 50 years, a strong decline of the growing culture is to be noticed and many of the ancient types are gone and lost forever.

The main goal of the project is the counteracting against the continuous decline of the almond cultivation and thus the preservation of the biodiversity as an important part of the Majorcan culture. The first step is the creation of a data basis containing information about the diverse almond types and the cultivation measures in order to counteract genetic erosion. Additionally, particularly endangered types are grown and planted out by December 2015. These measures ought to revitalize the almond culture and make it a popular tourist attraction again, which eventually helps the Majorcan economy as a whole. 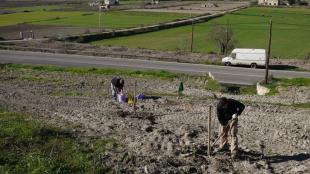 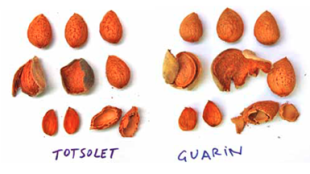 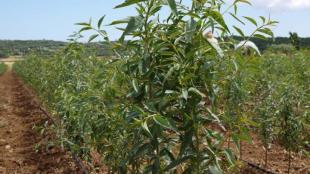 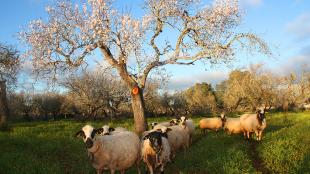