Our commitment to avoiding food waste in hotels continues: Workshops and round table meetings for hotel employees have taken place on Rhodes and in Calabaria end of May to commonly develop measures to reduce food waste. The legwork for the events had already been carried out end of 2016 when waste measurements were performed in each of the six participating hotels.

Workshops: Which measures can the hotels implement in their business?

Gregor Raimann, representative of project partner United against Waste e.V., started the hotel workshops by presenting the results of the waste measurements and corresponding costs and other impacts for each individual hotel as well as the whole destination. Based on this information, the breakfast buffet was inspected and first conclusions for improvement could be drawn. Following the motto “Which measures can you implement in your own business?”, Gregor Raimann outlined the most significant challenges and developed suitable actions in a common effort with the hotel employees. To reduce overproduction, hotels could use smaller vessels towards the end of buffets. Further, it would be necessary to train the staff und to raise awareness for the issue.

During the following round tables with all hotel partners managing directors up to executive chefs of the participating hotels were engaged in a lively discussion: All participants agreed that guest communication in particular is an integral factor when it comes to reducing food waste and possible instruments were developed.

During this summer season, it is up to the hotels to implement at least three measurements to reduce food waste. In September, the performance will be measured again. The final meeting and presentation of the project results is scheduled for October. 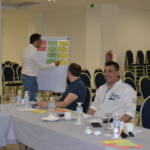 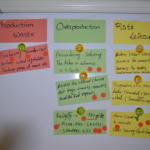 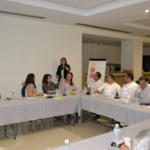 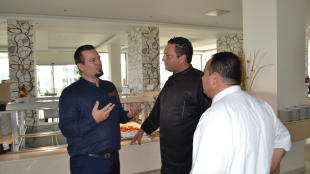 Food waste measurements in the participating hotel are carried out in cooperation with United Against Waste e.V. and their waste analysis tool. Based on the findings, a set of recommendations will be developed to promote a more responsible handling of food. 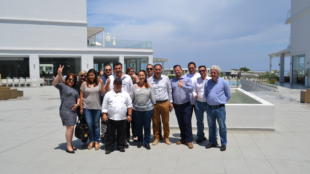