A Futouris premiere: For the first time, a roundtable takes place in sacred halls. The reason gave the Futouris Crete project in which a meeting was held in the holy Monastery Saint George Epanosifis on the island of Crete at the beginning of October. Among the participants were the project partners blueContec and the Local Food Experts, representatives of TUI Destination Service, participating hotels as well as olive oil and wine farmers. 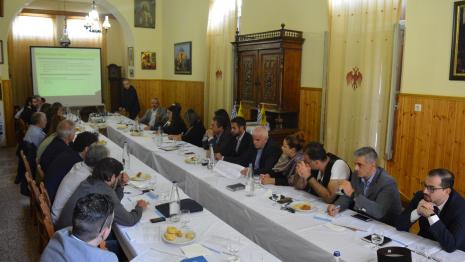 During the meeting, the project participants focused above all to exchange views on the current course of the project and to successfully agree on the previous defined key performance indicators. In an aspiring atmosphere, the participants then discussed how the prospective project content and cooperation actions can increasingly be communicated.

On a guided tour, the participants also visited the sacred halls of the traditional monastery which is also a project partner and has been founded by the end of the 16th century. 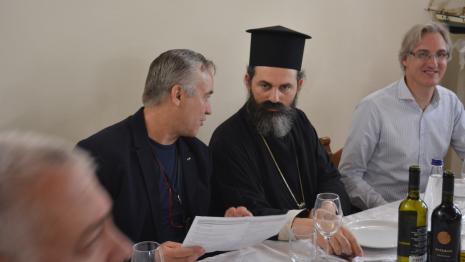 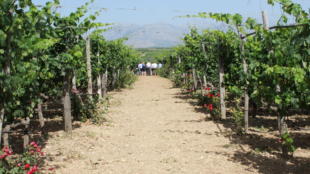 In this project local farmers are brought to a better understanding of sustainable management methods and are connected with local tourism professionals. The link will be used to identify and exploit synergies between food producers and holiday makers. 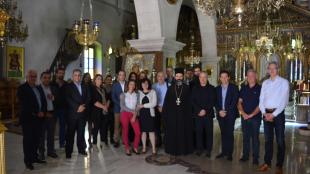