Bow making with the Ju'Hoansi & pottery with the Mbunza: Khwe community gets ideas for own Cultural Village

The aim of the joint project of Gebeco and Futouris is to establish a so-called “Cultural Village” as a central training and meeting centre, which the Khwe can manage independently and thus generate a stable and sustainable income for their community. The Khwe are supported by the project partner Living Culture Foundation Namibia (LCFN) which helps local communities to combine the preservation and transmission of their traditional culture with the creation of new income opportunities in the tourism sector.

In order to give the Khwe ideas and inspiration for their own Cultural Village LCFN organised a workshop tour to two other traditional meeting places in Northern Namibia, which have been successfully established in recent years with the support of the LCFN. These so-called “Living Museums” give visitors a detailed and authentic insight into traditional, pre-colonial culture.

The aim of this tour was to give the Khwe an impression of how other communities authentically design programmes and activities in their traditional villages and to motivate the Khwe to be creative in designing their own Cultural Village.

Firstly, the project manager of LFCN and three women as well as four men from the Khwe community visited the Ju’Hoansi village near Grashoek. During the three-hour “Action Day” programme, the participants learned about the traditional life of the Ju’Hoansi. Bows and strings were made from the sultana bush, jewellery was designed from ostrich eggshells and during a bush walk traditional plants were collected which the Ju’Hoansi use for medicine, jewellery or cosmetics. Some traditional games and a healing ceremony completed the interactive programme. 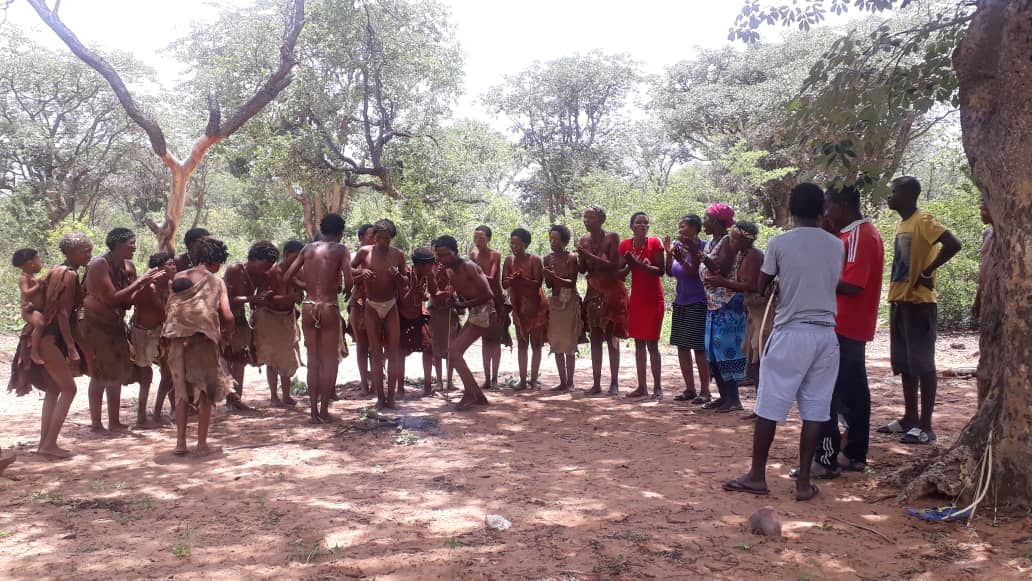 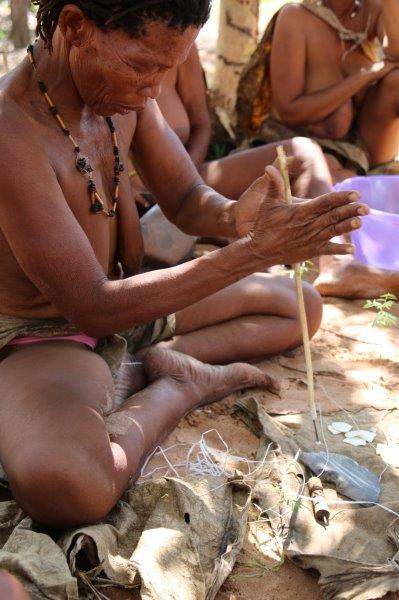 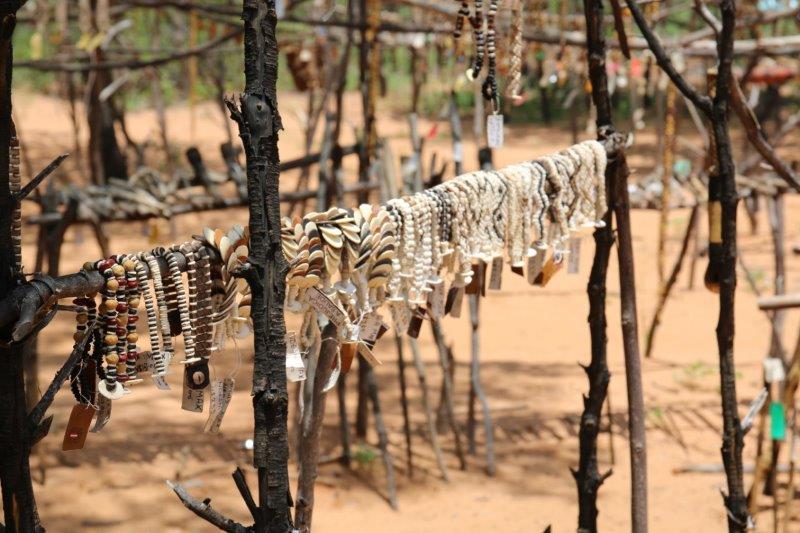 The Khwe men learned, among other things, how to tan leather from impala skins using the “wild onion” root. They also carved bows, made cords and thin ropes from sansiviria and aloe plants, and also made arrow, knife and spearheads. 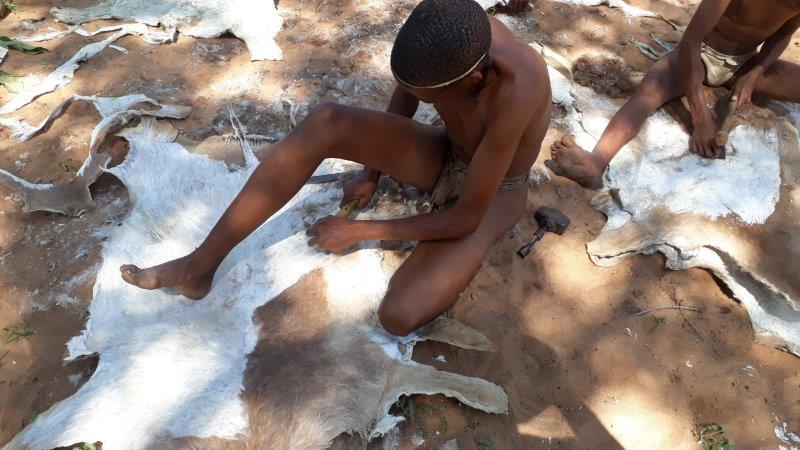 Despite the different cultures of the Khwe and Ju’Hoansi, the Khwe were able to learn important traditional techniques through the intercultural transfer of knowledge with which they can now make things adapted to their culture to show to visitors in their Cultural Village.

The living museum of the Mbunza at Lake Samsitu on the border to Angola, which the Khwe group visited afterwards, offered them further ideas through a different approach and activities. An essential part of the interactive programmes of the Mbunza Living Museum is the presentation and preservation of the fishing and farming culture. During the activities the Khwe learned about the highly specialised techniques of the Mbunza such as blacksmithing and pottery but also about traditional games and their everyday life. 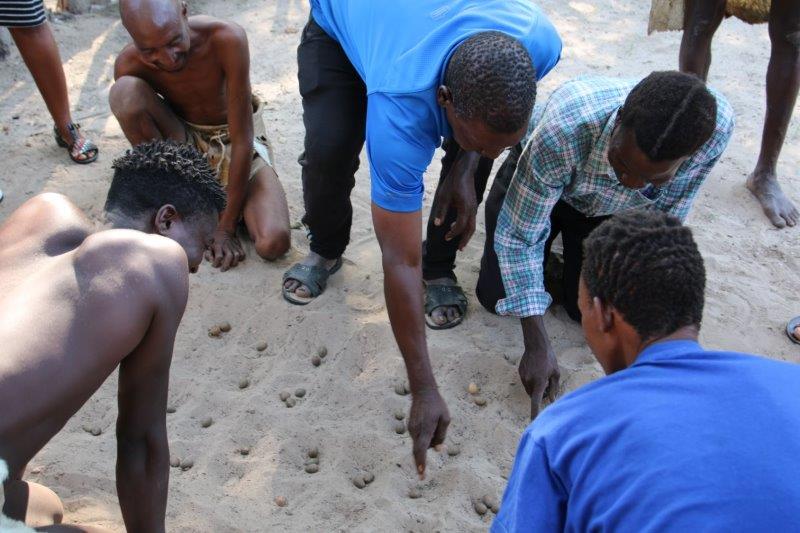 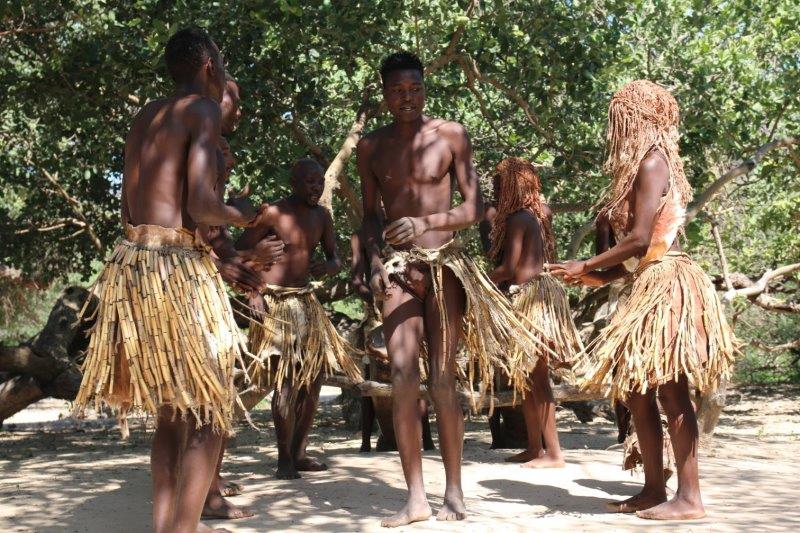 With many impressions and ideas, the Khwe group returned to their village after four days. The newly gained knowledge will now help them to design their own interactive programme with traditional activities, supported by LCFN. 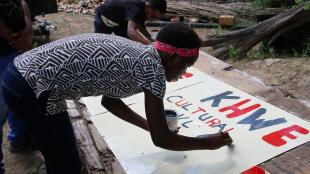 Setting up a Khwe community-based training and tourism enterprise

This partnership is based on the “wilderness tracker” project, initiated in 2013, which aims to preserve and transfer the unique knowledge of the Khwe community. The focus of the follow-up project is the independent management of the project by the Khwe, so that a stable and sustainable income can be generated. 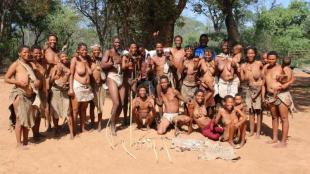