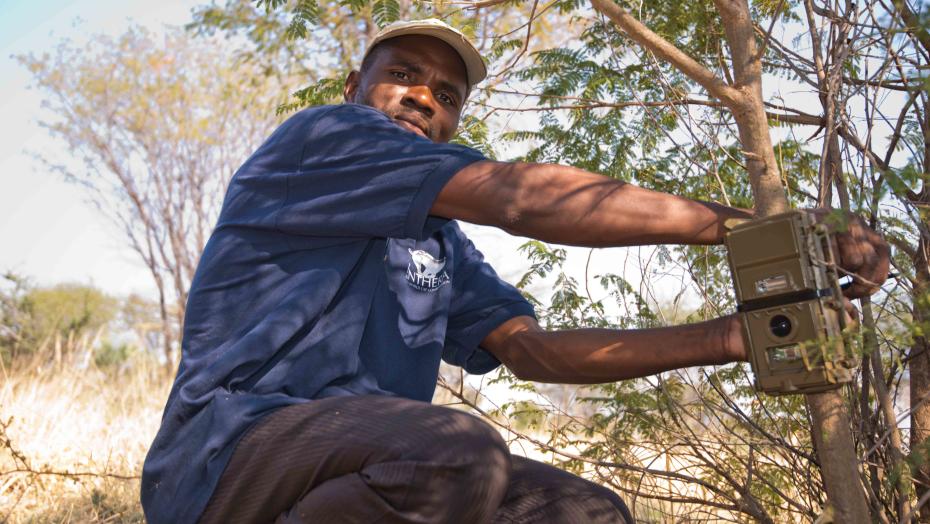 On June 30th, me, Dr Paul Funston, and PhD candidate Carolyn Whitesell met with our Angolan associate, Geraldo Mariya, at the Mucussu border post between Namibia and Angola nestled on the banks of the Okavango River. After some expected delays at immigration we were off to set out the first camera trapping grid in an area in the heart of Luengue-Luiana National Park. The site selected included a landscape of beautiful teak mixed woodlands bisected by east-west drainage channels or ‚omarambas‘ (also known locally as ’shanas‘). Over the course of four days our team placed 56 paired camera traps in this amazing area, with seemingly higher wildlife populations than some areas exposed to higher meat poaching rates. 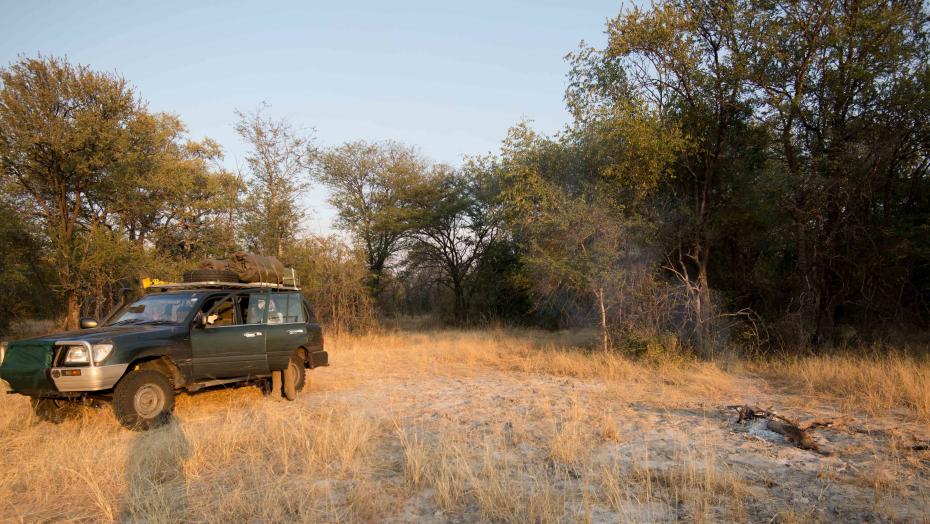 On the first night we camped at a small pan still holding water. We had agreed to sleep under the stars on our bedrolls, instead of pitching tents. Well not all of us, Geraldo wished to stay in a tent for safety! Over dinner I jokingly said, „well we won’t hear any lions tonight!“ My words had hardly passed and two male lions started roaring some distance off. My first „Angolan Lions“ and roaring nearby, what a thrill! Needless to say the bedrolls were pulled right up to the side of the vehicle, and we slept under a beautiful star studded African night sky. 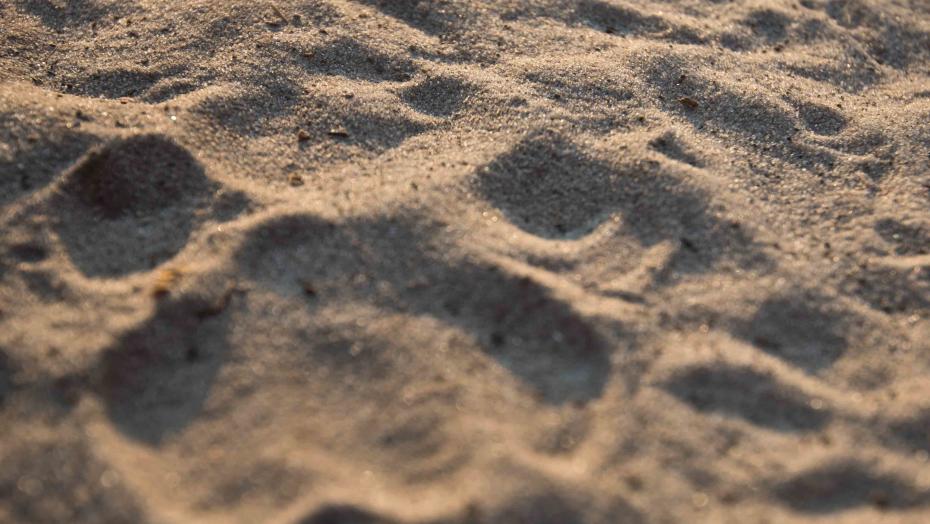 In the morning we did not find lion tracks at the pan, and after setting two cameras there, set out. We had not travelled 100 m when I saw the pug marks of two large male lions in the fresh sand. We were amazed at how close the lions had come and hoped we might even catch site of them in the early morning. As the morning wore on we placed cameras each 4 km from the last, and although the lions tracks stayed in the road for 20km, we unfortunately did not catch a glimpse of them. But the camera traps will be out there for six weeks recording the comings and goings of the wildlife. I can’t wait to see if the lions pass the cameras so that I can see just what they look like!

Find out more about the project. 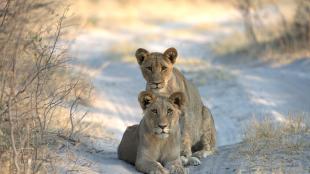 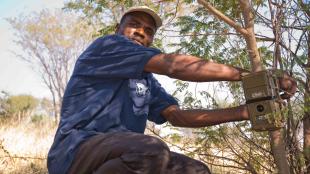